A lot of my friends have recently become quite interested in detox programs. Some of them have even shelled out quite a bit of money to try out fancy detox protocols they’ve found on store shelves. Unfortunately, more often than not, those expensive programs don’t quite deliver the results that they promise. However, there’s still one surefire way to detox your system in a totally natural way — healthy smoothies. And that’s where this minty green watermelon smoothie recipes comes into play. It’s super flavorful, oh so refreshing, and absolutely fantastic for detoxifying your body in a safe and effective way. So if you’re interested in giving your body a cleanse, save yourself a few bucks — stick with making smoothies using whole food ingredients and you can still experience amazing results!

Perhaps the main reason this detox smoothie recipe is so incredibly satisfying is because it uses one cup of cubed watermelon chunks as a main ingredient. I’ve been all about watermelon smoothies as of late — they’re super tasty and thanks to their high water content, you don’t even have to add any sort of liquid base when using them for making smoothies. They’re particularly good for making detox smoothies though — studies have found that regularly consuming watermelon may potentially be a great way to improve inflammation markers and increase overall antioxidant capacity. (1)

Another type of ingredient that you can’t go wrong with when making detox smoothies are your healthy greens. This recipe is no exception as you’ll be adding in both ½ cup of chopped and peeled cucumber slices and ¼ cup of frozen spinach (or a single cup of fresh spinach if you’d prefer). Both of these green veggies are an amazing fit for this recipe. The antioxidants found in cucumbers are well known for their free radical scavenging activity, helping to prevent disease. (2) Meanwhile, spinach is widely regarded as a nutritional powerhouse, and for good reason. We’ve shared some incredible spinach detox smoothie recipes in the past, and it works just as well in this recipe thanks to it’s potent antioxidant effects. (3) 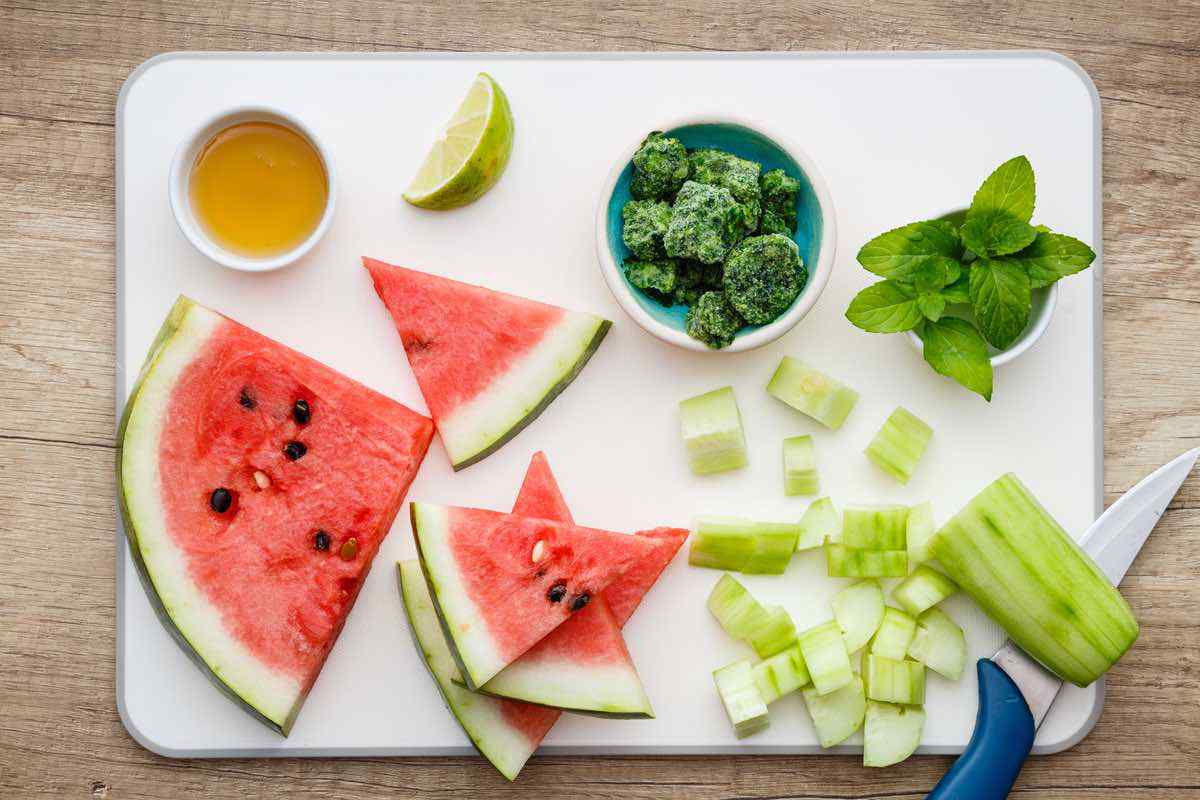 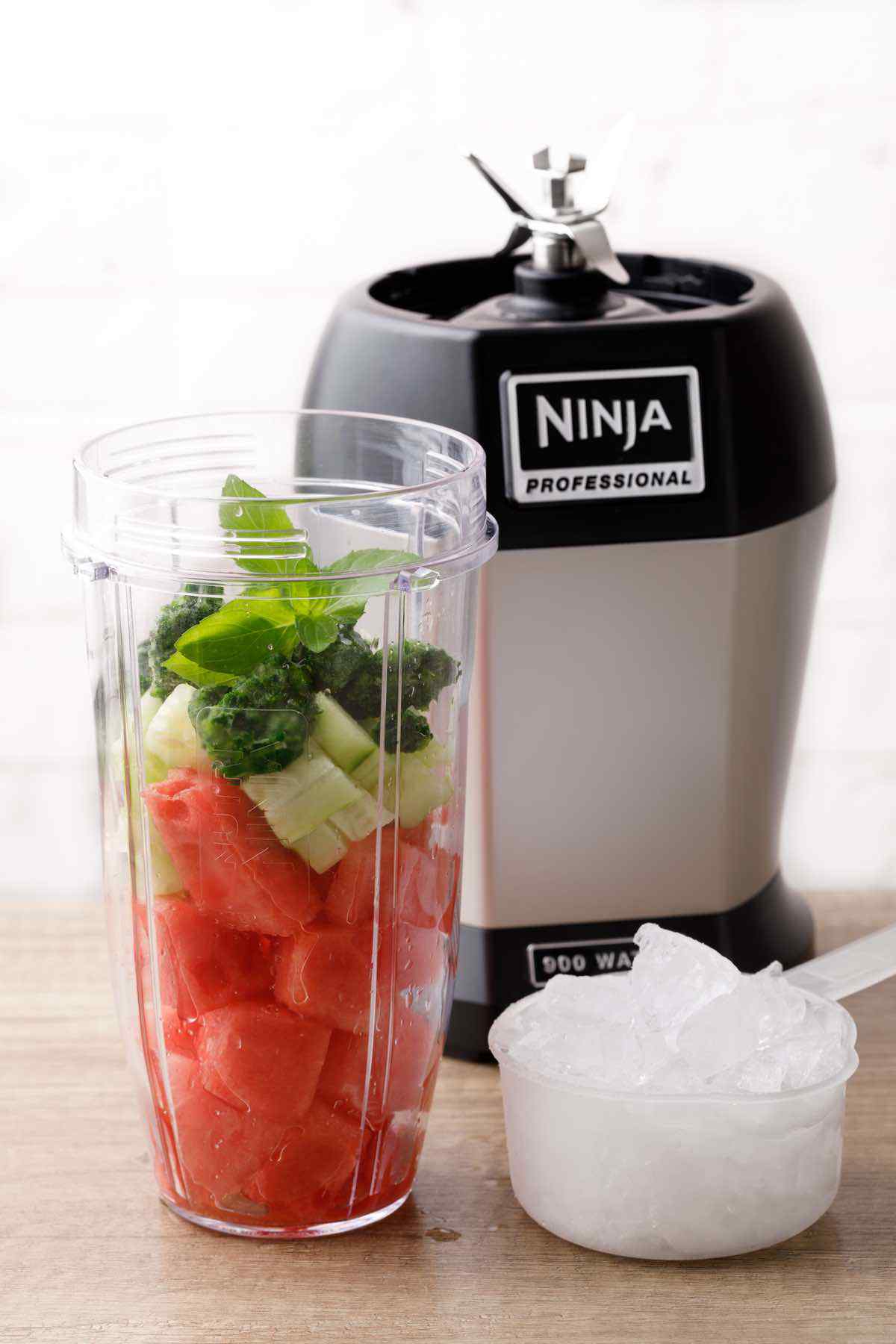 Two other great ingredients that go into making this detox smoothie so effective are the teaspoon of lime juice and two teaspoons of honey. While the honey is optional, I definitely recommend including it when making this smoothie. It’s such a fantastic detox ingredient that has been widely used across the globe for its medicinal properties for thousands of years. Honey contains potent antiviral, antibacterial, anti-inflammatory, and antioxidant properties (4) — it definitely deserves a spot in your kitchen. And while honey is most commonly paired with lemon juice, don’t worry — it pairs equally well with lime juice for the purposes of this recipe. 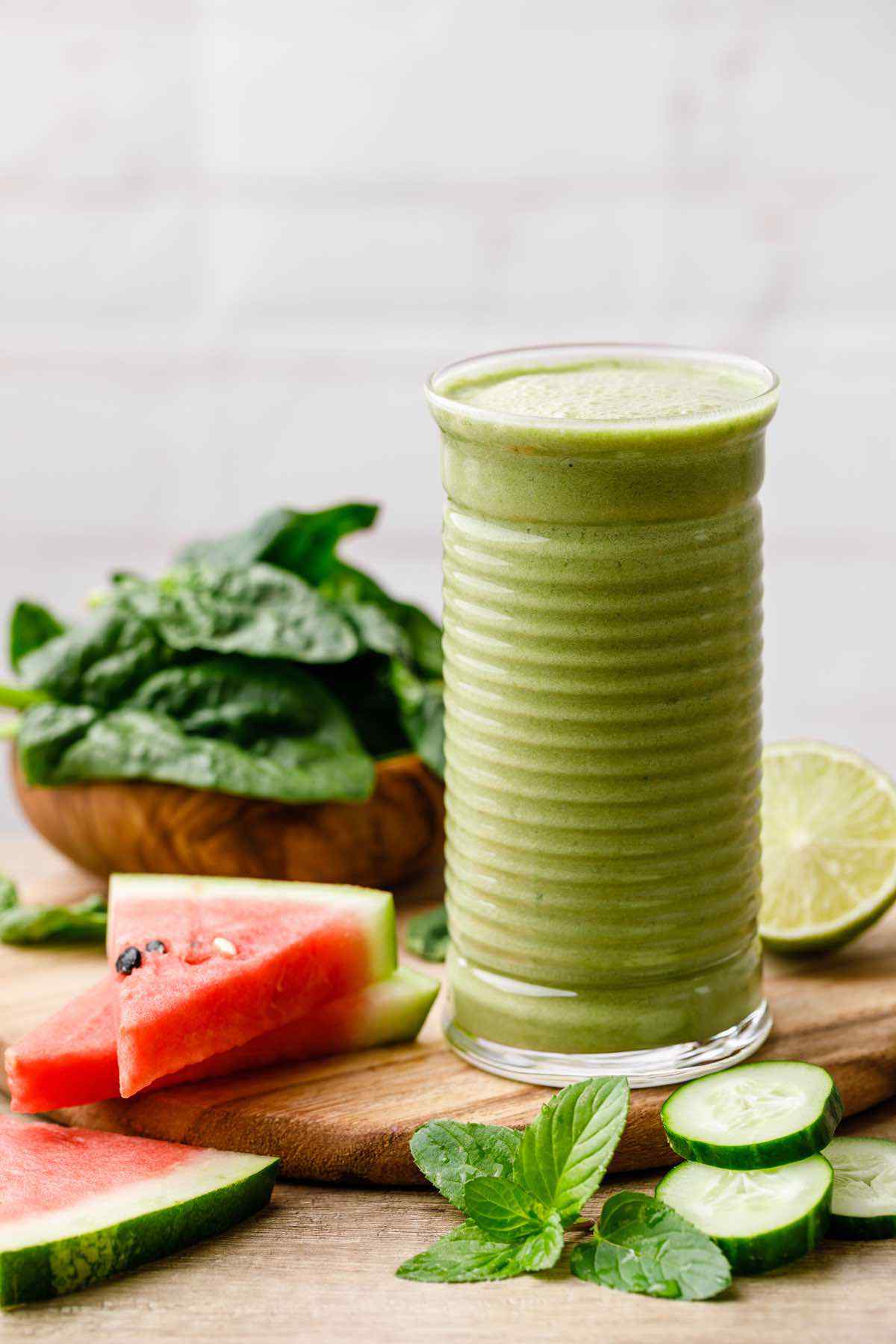 In order to finish the smoothie off and add in the delightful minty taste, you’ll need to add in some fresh mint leaves. Other than that, simply mix in a bit of ice and then blend everything together until it’s nice and smooth. 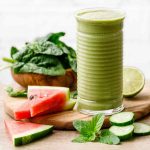