Lately I’ve been on a huge paleo smoothie kick. Smoothies in general are a great way to give yourself a boost of energy thanks to all of the healthy ingredients that go into making them. But there’s just something about making a smoothie that sticks to a few basic paleo diet principles. It’s hard to describe it but after drinking one you just feel incredible! I’ve also been on an apple smoothie kick as of late so it only made sense to combine the two. The result is this nourishing apple paleo smoothie recipe. Meeting all of the paleo basics including being low carb while staying high in healthy fats and fiber, this paleo smoothie is packed full of great health benefits.

An Emphasis on Paleo Eating

A few months ago I was following a pretty strict paleo focused diet (with great results, I might add). While eating paleo, one of the biggest staples of my every day diet was a handful of nuts as a snack to ward off hunger. I was seriously completely stocked up on almonds, walnuts, and cashews. With that in mind, it only made sense to go with unsweetened almond milk for this smoothie recipe as opposed to water or regular milk. Almonds are well known to reduce your risk of developing cardiovascular disease by lowering total cholesterol, reducing inflammation, and providing some potent antioxidant properties. (1)

You’re also going to adding ¼ cup of raw cashews that have been soaked for about a half hour for many of the same reasons that we’re using almond milk. Cashews are a great source of heart healthy monounsaturated fatty acids that have also been proven to be beneficial when it comes to preventing heart disease. Studies have found that cashew consumption is linked with lower levels of both total cholesterol as well as the ‘bad’ type of LDL cholesterol. (2) 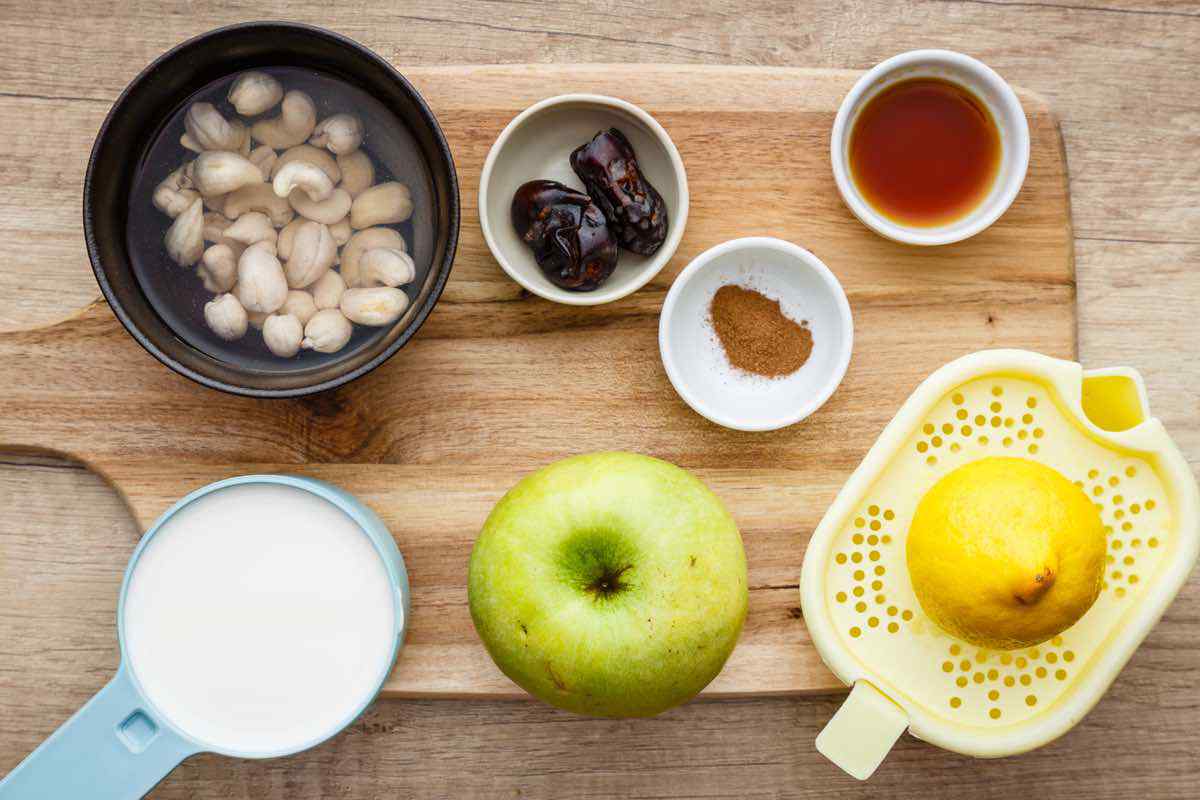 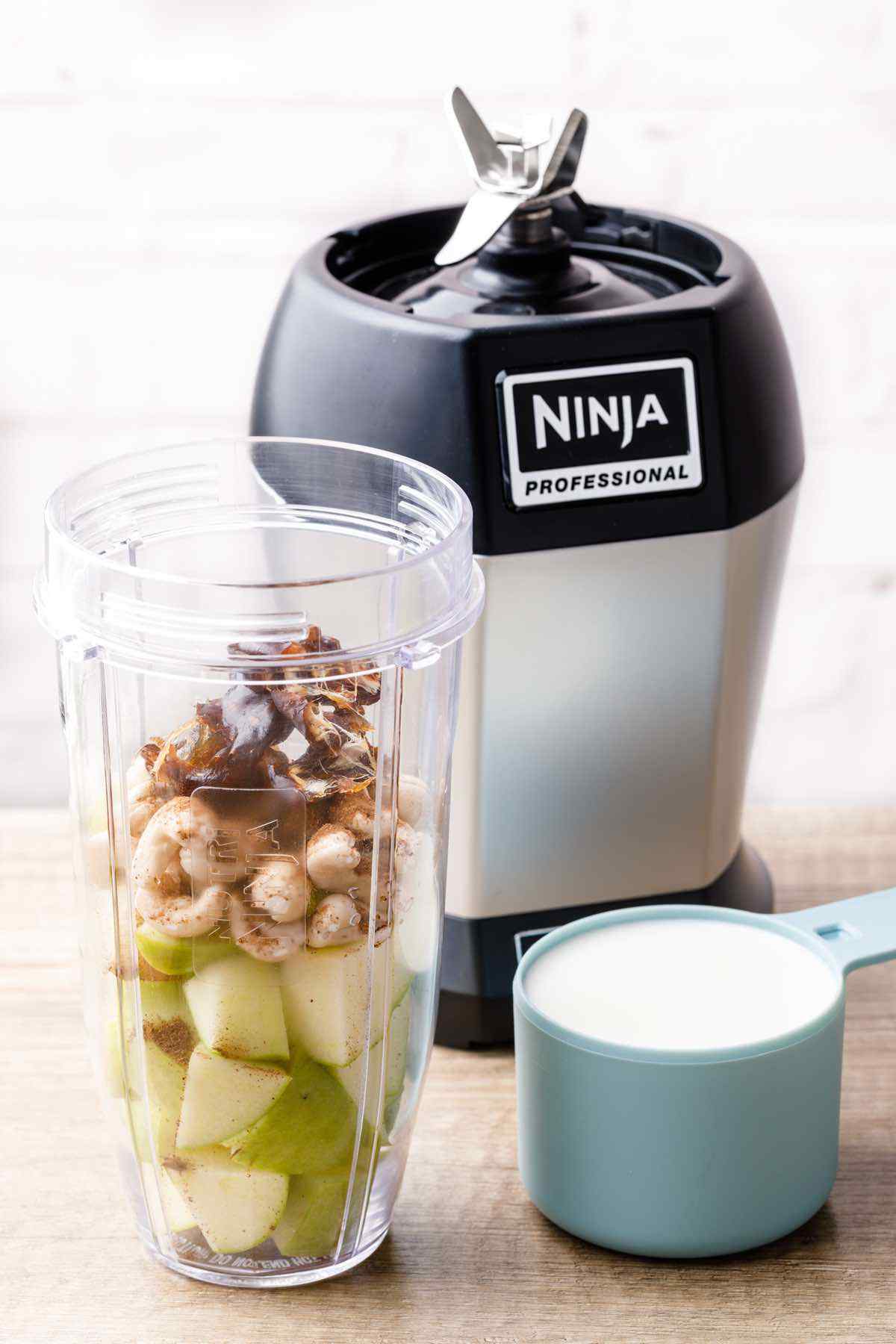 The rest of the ingredients used in this paleo smoothie are also all in there to provide a few very specific health benefits. Adding ground cinnamon, lemon juice, and pure vanilla extract help to improve the overall flavor while adding some great anti-inflammatory benefits. And using a single medium sized apple is a great way to keep the overall carb content down in this recipe, while also helping to protect against several different kinds of diseases. (3) And last but not least adding one or two dates into the mix is a fantastic way to naturally sweeten the taste of the smoothie while simultaneously providing some great anti-inflammatory and antioxidant therapeutic properties. (4) 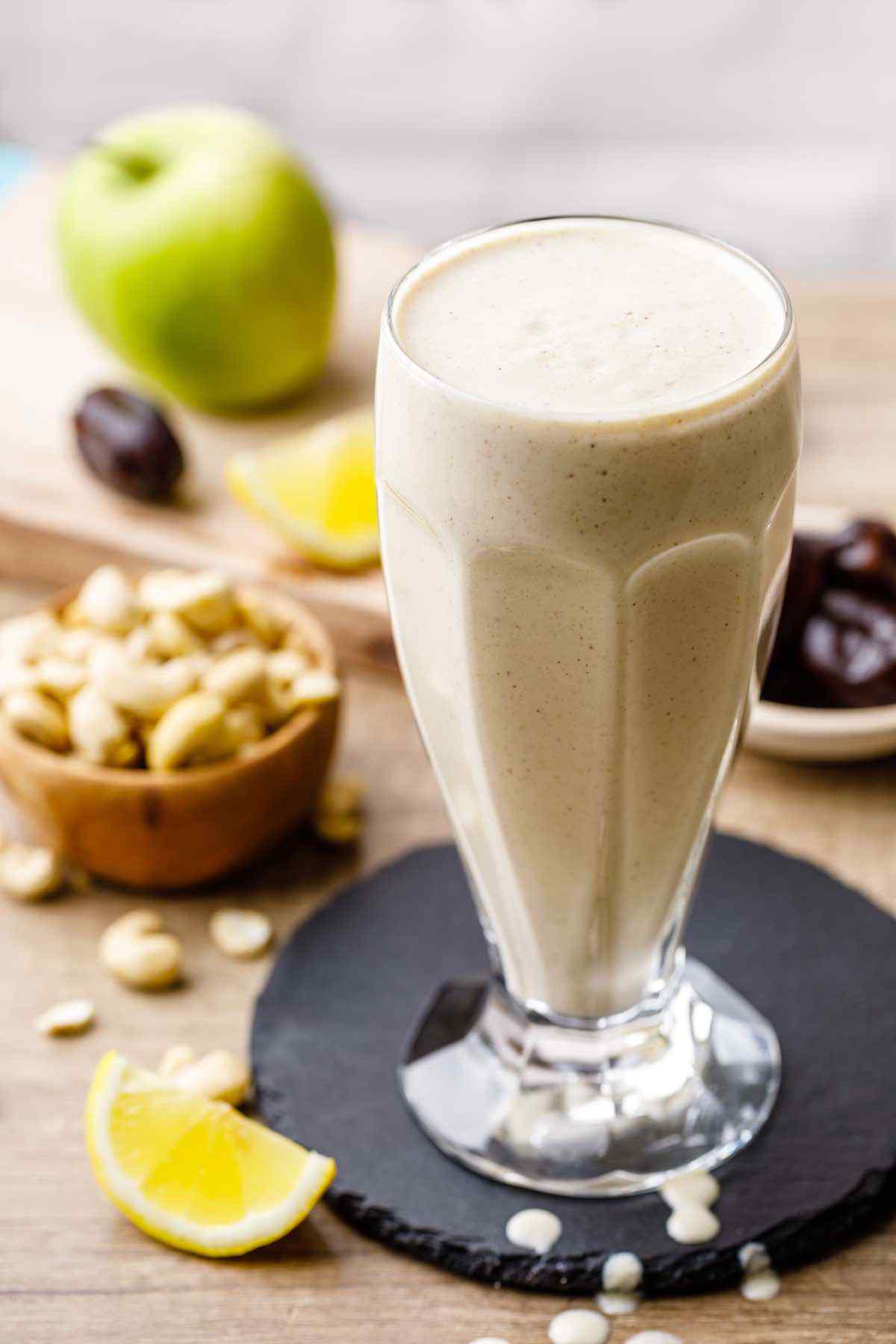